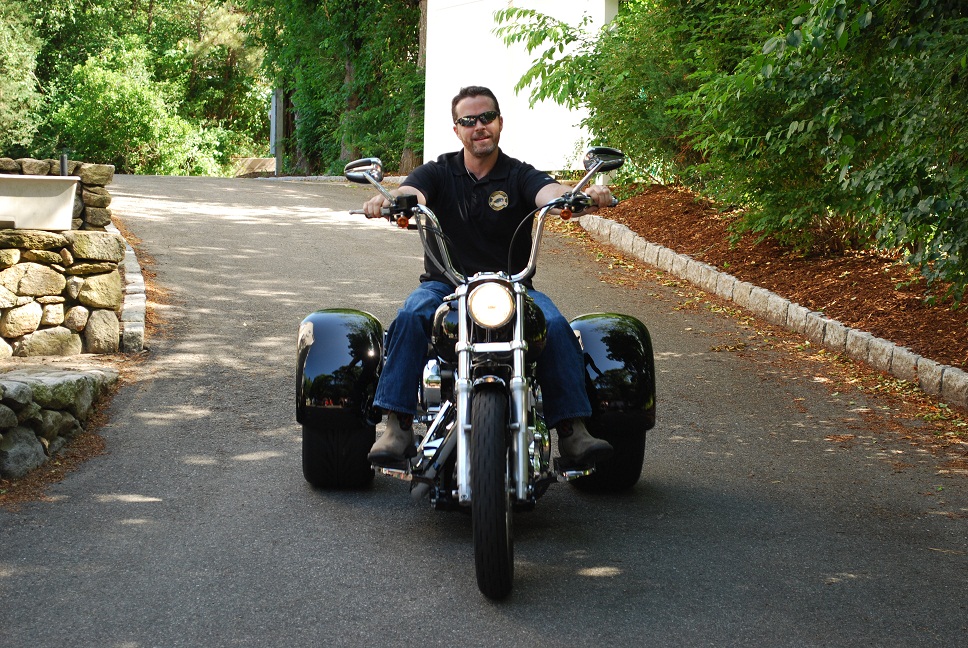 After being traumatically injured by an IED in Afghanistan, I was unable to ride my motorcycle. I had always found a sense of freedom and thoroughly enjoyed riding, but was unable to do so after I became an amputee. I joined the Matthew Pucino Foundation for their annual motorcycle ride in 2013. I returned in 2014 to follow the ride once again, and found to my surprise that the foundation had built me a custom Trike! I was completely overwhelmed and could not wait to get it on the road. With my 1st ride I was able to feel the freedom that I once knew on a motorcycle. A major injury can steal the life that you once had, but this has allowed me to get a little more of myself back.

Matthew met Roland Paquette in the Special Forces Qualification Course.  Informally known as the ‘Q’ course, only the very best of the best are able to complete this grueling training; those relatively few earn the coveted ‘Green Beret’ and are assigned to an ODA.  Upon graduation Matthew and Roland parted; Matthew was sent to Iraq with 5th Group, and Roland to Afghanistan with 3rd Group as the team medic.  A few months into the mission Roland’s Humvee detonated a roadside bomb, leaving him a double amputee.

With the same determination that earned him his Green Beret, along with the support of his incredible wife and family, Roland endured months of rehabilitation, was fitted with and learned to walk again on prosthetic legs, and became a physician’s assistant working sometimes 18 hour days in the San Antonio hospital.  Although he was able to accomplish amazing things during this time, Roland was unable to ride his FXR lowrider, eventually selling as it was a constant reminder sitting in his garage of things he couldn’t do. 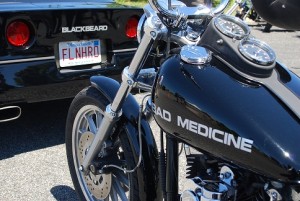 This was unacceptable to the board of the Matthew Pucino Foundation, who decided that Roland would be leading the next Blackbeard Motorcycle Ride on a new custom trike.  After receiving pictures of Roland’s FXR, a cool lowrider with ape-hangers, ghost flames, and a lot of chrome, inspiration set in and we got to work!

We were unable to locate and acceptable FXR as they stopped making them in 1992.  However after searching the classifieds for several months Matthew’s niece Katelyn found a ’98 Dyna lowrider, which we were able to purchase.  Katelyn then went to work with the help of her dad installing the trike rear end, custom wheels and tires which match the Blackbeard Corvette, lowered the rear 1 1/2 “, and added five degrees of rake to the front end for stability, along with many custom touches which include: 10” mini ape hangers, custom mirrors and grips, foot boards with custom stainless boot guards, over sized master cylinder which controls both front and rear brakes, electric push button shifter, V&H short shots, and more.  Katelyn’s brother Josh added the beautiful black paint and Blackbeard Riding Club decal, leaving one detail…  every trike needs a name, and since we thought this one was pretty bad ass, and since we were giving it to someone we also think is pretty bad ass, and since that person just happened to be a medic…

With the help of Roland’s wife Jen, we surprised Roland presenting him with ‘Bad Medicine’ a few days before the Blackbeard Ride as planned.  After getting over what appeared to be some initial shock, and a quick rundown of what had been done, Roland fired the engine and took off like he stole it, ripping through gears until he was out of earshot.  It was a moving sight with Roland and Jen leading the Blackbeard Ride a few days later, the generally stoic Roland even having been reported as smiling a couple times, although that has yet to be confirmed. 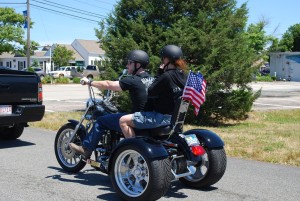 Roland Paquette is a true American hero, and an inspiration to all of us who are privileged to know him.  We will never forget what he was willing to sacrifice for us, and look forward to riding again with him soon!