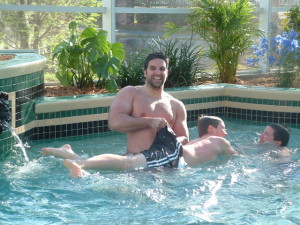 He was Uncle Matt to everyone, often referring to himself in the third person as such. He’d say “Uncle Matt needs to feed the machine” or “I think someone’s lying to Uncle Matt” or “Uncle Matt is about to hand out a beat down”. More than once his answer to a problem would be, “you tell them Uncle Matt said so”. It didn’t matter if the offending party actually knew him or not; could be anyone from a store clerk to the Pope… that was his answer delivered with a serious deliberate stare that was generally far from serious and usually ended up with a wide grin and raucous laughter. When he was younger Matthew was quite the dancer. He would often treat his sisters to an excellent impersonation of Vanilla Ice or perhaps MC Hammer by dancing and singing “can’t touch this” wearing nothing but boxer shorts. This would apparently become good training for when Dan, his team sergeant with 5th group would play a joke on Matthew and tell all the surrounding bases that they had a celebrity in their midst – Matthew the underwear model. Matthew has always been drawn to law enforcement. There was a time when his parents had gone on vacation that he found the keys to his dad’s cruiser. Apparently, after tearing up and down the street with the lights and siren a few times, a helicopter with a searchlight started circling above and Matthew decided to return the cruiser and put his career on hold for several years. It did not, however, quell his desire to drive fast and have fun. Some of our favorite memories were anytime Matthew took Nana anywhere in his car. He’d get her settled into his black Corvette with the top out, crank the radio, and lay down fifty feet of rubber pinning Nana to the seat while she grinned like a Cheshire cat. Matthew transformed into Uncle Matt in 1993 with the birth of Nicholas. He came into the delivery room as soon as they’d let him in following the birth to check on his sister, bring her flowers, and of course flirt with the nurses. 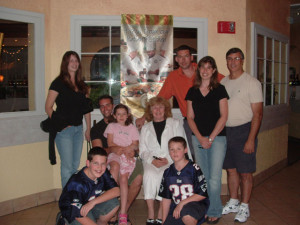 He fell into the role of Uncle Matt naturally, effortlessly, and second to none. He’d pick up Josh from school, stop by the army navy store to “gear up”, and when Lisa got home she’d find the two of them dressed in camouflage fatigues from head to toe, wearing face paint, and practicing maneuvers out in the woods behind the house. One time she arrived home to find a giant bat mobile tent set up in the living room with Nick hanging out of one side, Uncle Matt hanging out of the other, both laughing and having the time of their lives. You can’t help but notice how virtually every picture we have he’s got his hands on the kids wrestling in the living room, body slamming one of them in the swimming pool, but always showing his affection for them all. Every year for Josh’s birthday party, our family would take over a small go cart track a short distance from our house. My sister and her kids recall how Uncle Matt would watch for the fastest cart, and when it was time to pick one, he’d playfully push them out of the way while running for the best one. He was their Uncle Matt too. On the track he’d bump the other cars, swerve at them, taunt everyone playfully just like one of the kids. He also loved to catch the kids on the bumper boats, where he’d pin one in the corner with his boat while throwing coins to anyone standing by the water guns. Of course, this generally ended up with everyone thoroughly soaked, including Uncle Matt who would have a feigned look of contempt for the person responsible. To say Uncle Matt was generous is an understatement. The sky was the limit at Christmas when it came to gift giving. Nothing was too good for his family. Even when he was overseas he ordered gifts online and had them sent home for everyone. But my mind goes back to a Christmas some years ago when his nephews were about age 5, 7, and 10. Uncle Matt had purchased leather jackets for each of them. Bearing in mind that they were all still in their pajamas, picture him having each of the boys putting on their leather jackets, and stand in a semi circle while he demonstrated in his best mafia accent how to extort lunch money from other kids at school and how to “take care of business if someone disrespects your sister”. 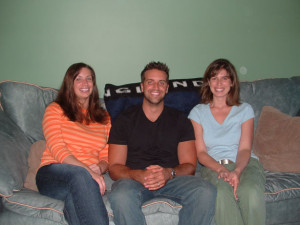 Speaking of taking care of sisters, Melissa laughs when she talks of the many times she’s been out on a date and run into Matthew, who would always come right over, give her a kiss, and shake the guy’s hand while loudly asking her “so who’s this idiot?” Suffice to say, that was always the last time she’d ever see that guy. Matthew had a serious side that came out when needed. His father recalls a time on the golf course when Matt had forgotten his club on a previous hole. A wise guy in the group behind them picked the club up and caught up on the tee at the next hole. Matt asked: “did you find a club on the last hole?” Wise Guy answers: “did you leave one there?” Matt: “well yeah that’s why I’m asking.” Wise Guy looking down at the club: “was it a Titleist?” Matt: “no, it was a Calloway” Wise Guy holding the club up: “you know you’d think there might be some sort of reward for returning an expensive club like this…” Matt: “or, I could just take it from you.” Instantly without another word the club was returned. Another time his dad remembers when Matt dumped him out of a golf cart, although I have to be honest with you… Listening to Matt tell the story was a lot funnier. As I understand it Matt was showing his dad how he had been trained to perform a full speed evasive maneuver. The main issue being he failed to inform his dad of what he was about to do. So when Matt suddenly cut the wheel hard over the next thing he saw was his dad somersaulting across the cart path. Thanks to his high level of training, Matt was able to stop laughing long enough to help his dad to his feet and make sure he was alright. Another of our favorite stories was the time Matthew was going into a park at Disney World and the park security team noticed he had a small clip knife on his pocket. They told him he’d have to leave it in his car, so he proceeded to leave slipping the knife down into his pocket but circled around to the gate at the other end where he was confronted by a gentlemen who flashed a gold badge shaped like Mickey Mouse and announced “Disney security sir I know you have a knife in your pocket.” We teased him for years about being a Green Beret who hunts down terrorists worldwide being busted by a Mickey cop. He was well known for his sayings such as “I’m not gonna lie to you… I’m kind of a big deal”, or “don’t worry… I’ve got it covered” or one of my personal favorites “I got a good deal… I used my pretty discount” or a whole list of others that left us all smiling. 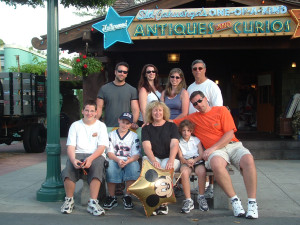 I could go on for hours with stories like these, but instead I’d like to close with this short piece written by Matt’s sister Melissa: On November 23, 2009, a true hero, a great man laid down his life to protect all that he loved. It is with great difficulty that we’ve tried to form the words that would bring justice to who Matthew is. Some called him son, some called him brother, some called him uncle, but all called him beloved. He lived his life with honor and dignity. He fought for his country with great pride. We are eternally grateful for the short time we were given to live with him in our lives. Matthew is always one to “keep it light.” Constantly joking and bringing the laughter with him is how he lived. Matthew will remain in our hearts and minds for eternity. Gone too soon, the loss is a devastating blow. But, as the darkness crowds, and the grief threatens to crush us, we can call upon the memories and his legacy of laughter to help us rise above. In the immortal words of Matthew Pucino “This is how I roll.” – Phil Haglof

Thanks for signing up!